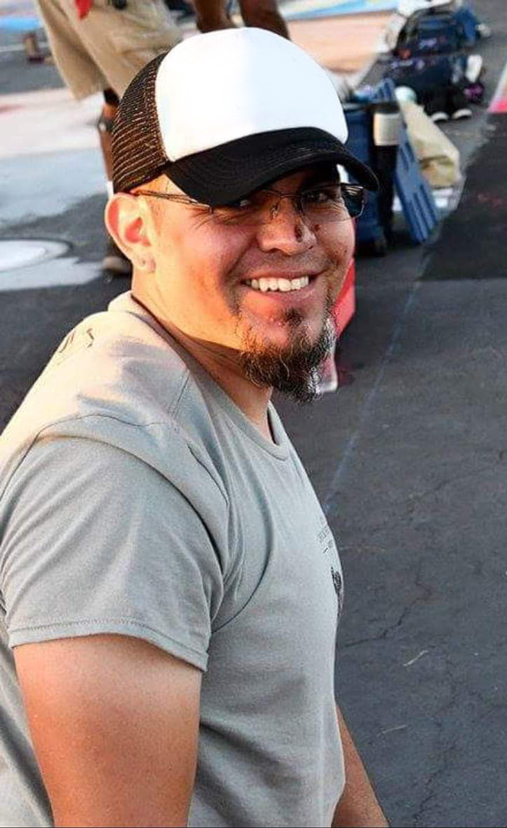 Born in Mexico City, iVann Garc was passionate about art from a very young age. As a child, he can remember watching Bob Ross on television, and although he couldn’t even understand English at the time, Bob’s soothing voice was inspiring and a welcome distraction from his tumultuous childhood. In 2001, he moved to California and began working in advertising design. At that point his drive for fine art and creativity was squelched by the corporate demands for graphic marketing. However, in 2015, after a long dry period from fine art, he was invited to participate in a Madonnari festival for chalk art. As he blended the chalk onto the pavement, he realized that he missed the hands-on aspect of fine art and his passion for it was reignited.

It was so powerful that he decided to curb his current trajectory in the field of graphic design and devote his time to refining his rusted art skills. Through intense focus on artistic practices and eagerly seeking out experts in the field, he took the fast track to make up for lost time. Amazingly, despite the short training period, he is now respected among the best professional artists in the world and spends his time traveling to spread his talents. Although he splits his time between living in the United States and Mexico, he also travels to places such as Europe, Curaçao and South America. When he is not on the road, he works on oil paint commissions and leather painting from his studio at home. But traveling is where is feels most “at home” because it is where he is most likely to be producing art for crowds of people. He has not only learned to create 2D creations with astounding realism, he has also honed the anamorphic art form, creating interactive 3D illusions that amaze crowds of young and old. With such a versatile set of artistic skills, he has become sought out for a wide variety of venues- whether it be chalk festivals, mural museums, or retail spaces.  His favorite part about publicly creating art is seeing children who are inspired the same way he was once inspired as a child watching Bob Ross. He hopes to never give up on fine art again and continue to bring inspiration to those who encounter his art around the world.